Skip to main content
blablaTrains  is a duo formed by Ana Dall’Ara-Majek and Takuto Fukuda, focusing on the synchronicity between their bodily gestures and electronic sounds, as well as on interactions between themselves. A pillar of their approach is the use of self-made gestural controllers- Ana’s augmented Theremin and Takuto’s gestural controller. The synergy of the sonics and kinetics conjures up a poetics over the collective subjectivity. 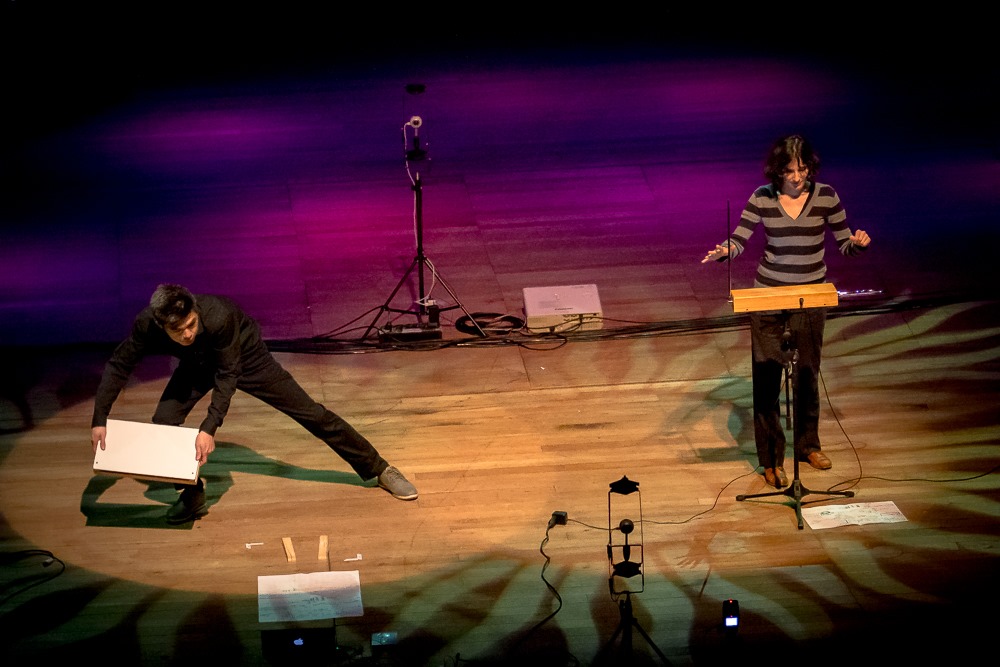 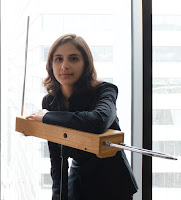 Ana Dall’Ara-Majek is a composer, sound artist and researcher living in Montreal. She is interested to the study of how instrumental, electroacoustic and computational-thinking approaches interact in music. She's been active for composing electroacoustic/mixte pieces and performing live electronic music. 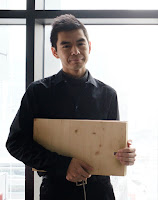 Takuto Fukuda is a composer, sound artist and gestural controller performer. He has been researching the enhancement of the audience engagement with technologically enhanced liveness. His approaches encompass, among others, gestural control of music, interactive audiovisual installations and Game Pieces.

How our instruments work? 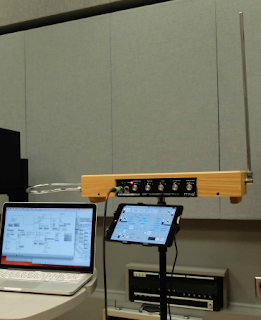 Augmented Theremin is an integrated analog/digital musical instrument, which consists of an Etherwave Plus Theremin used as a controller to detect performer’s hand motions and body localization, an iPad-mini running Mira application to control the computer at a distance, and Max for sound synthesis. The Max patch collects amplitude and frequency values from the Theremin. Those are used to process pitch and amplitude modulation, frequency shifting, reververation and granular synthesis to the instrument's sinewaves. Specific hand motions are used to play melodies, to trigger soundfiles, to apply amplitude/pitch modulation and granular synthesis to the soundfiles or to the sinewaves. The Mira interface allows the user to select each parameter's control separately or to choose a group of parameters as presets.

The gyro-based gestural controller is a wireless Digital Musical Instrument, which senses its tilt and transpositions. This DMI consists of a physical controller and a Max patch. The physical controller is covered with a boxy form exterior and constitutes an accelerometer, a gyro-sensor and a Wi-Fi module built in a Wemos microcontroller as well as two buttons underneath. The accelerometer is used to detect the performer’s shake motion three dimensionally, in response to which, the Max patch triggers sounds. The gyro-sensor detects the controller’s tilt of the controller also three dimensionally, according to which the triggered sounds transforms. The two buttons are used to recall preset settings. The WiFi module transmits all the data collected by the sensors and buttons to the Max patch in a computer.

Other instruments we play

Sopranino T-stick is a DMI conceived by Joseph Malloch and D. Andrew Stewart at the Input Devices and Music Interaction Laboratory (IDMIL) at McGill University. It has been in development since 2006, has a relatively long history for a DMI, has multiple versions, several expert performers, and has an associated repertoire. More than 20 copies have been built unintended for commercial use. Nevertheless, it has been adopted by expert performers and composers as part of their musical practice including D. Andrew Stewart (Soprano user) and Fernando Rocha (Tenor user). It has appeared in dozens of public appearances in countries such as Canada, USA, Brazil, Italy, Norway, and Portugal.